The scientific tradition of Kalarippayattu legacy has its unique way of health care practices deeply rooted in Ayurveda principles and yoga methodologies. Kalari massage other wise known regionally as Kalari Uzhichil is an important practice used to treat various ailments of human body. The manual therapies are mainly aiming at maintaining the balance of Tridosha energy of human body, modulating the metabolism of the human body and rejuvenate the tissue metabolism. The collective therapeutic regimes are widely preferred for various afflictions of musculoskeletal and neurological origins. It is the fact the standard classical literary resources of Ayurveda mentioned the usage of massage forms, but only in the continent of Kerala, that one still finds the Kalarippayat traditions has a unique way of practicing it.

The Kalari legacy is the first rated personalities, who deliver this celestial healing praxis in an exceptional way. In addition to their martial art expertise, Kerala’s traditional Kalarippayattu practitioners are also highly skilled in this therapy form. As a practicing physician, the kalarippayattu masters follows the fundamental principles of Ayurveda, when delivering the therapies. The therapeutics are collectively known as Kalari Chikitsa. The therapeutic application includes various means for positive health giving therapy, corrective Musculo-skeletal applications, Treatments for specific injuries or pathological conditions including bruises, joint dislocations, bone fractures, emaciation of muscles and limbs and post operative orthopedic rehabilitation. The therapies are also includes the emergency counter-applications for potentially deadly shocks or blows to the body’s vital spots Marma,. The therapies are also includes various internal medications specified to the presenting situation.

The main distinguishing feature of the kalarippayattu master’s medical expertise from that of others are his psycho-physiological training as a martial artist and his practical knowledge of the body’s vital spots ‘Marma’. His psycho-physiological training gives him extraordinary control over his body and thus control of the vital energy. The assumed efficacy of treatments is in part based on his ability to control and channel this life force in his body and limbs when giving various therapeutic modalities. Usually the healthcare system includes, massages, external bandages, internal medicines, splinting etc.

The Kalarippayattu therapies and other modalities are aiming at the remodeling of the humors of the body environment. In which the main focus is on canalizing the vata humor in its harmonized way and manner. It is considered as the vata is the principle energy form in the living body, which enables the other two energy forces to work in its manner. So the channelizing this particular energy system will naturally balances the other humors too. Adequate medicated oils of wide verities are used in the therapies to aid the processes of healing.

Typical ailments taken care by the traditional Kalari guru is are closely associated with the martial art practice or diseases affecting the musculoskeletal system, including bone fractures, joint dislocations, general bruises, major shocks to the body, major shocks to the vital spots of the body, sprains of various kind, other bone and joint diseases. majority of the ailments are attributed either to martial art related activities or pathological conditions affecting one’s ability to exercise.

Other main important factor in giving the massage therapy is the usage of various kind of medicated oil preparation in the therapies. Basically the oils or fats are categorized in a special group Sneha (The oleaginous copounds). the main genre of the substances are Taila (Vegetable fat especially sesame oil), Ghruta (ghee), Vasa (muscle fat), Majja (bone marrow). These substances are used alone unprocessed or usually processed with various medicaments. The usage of these medicated ones are in variety of manner like. the medicated oil is used to apply over head, another variety is used to apply allover the body and some oils are used to take internally.

In Kalari way of disease management, most of the oils are prepared in a unique complex way, in order to impart a faster medical results, because the subject need to get rid of the pains rapidly. The medicinal combination are usually differ from the classical Ayurvedic literatures and is confined to the family traditions. The effectiveness of the oils used are briefed as the kalari oils are basically to promote the harmony of the vata energy within the channels of the living body by imparting the oleaginous nature to the channels. The medicated oils are improves the quality of kapha principle within the body, which is the aim ai to strengthen the body system. The oils are usually heated prior to use it. Heat is the medium for transferring the medicinal principle present in the oil to the body system.

The regimen for conducting the Kalari way of massaging includes various considerations such as, The practitioner must consider the vitiation stages of the body humor, the mutilation of tissues, physical and mental strength of the patient, digestive power, the age of the patient, the sex of the patient, food habituation etc. after considering all these factors precisely, the physician is bound to chooses the therapy mode, which usually differs in selecting the apt medicated oils, duration of the treatment, giving right internal medicines, time of treatment, changes in the strokes during the delivery of the treatment, if any. etc.

Ayurveda has always promoted seasonal exercises and massage appropriate to ones constitution as a way of naturally establishing congruence among the three humors. Usually the therapy is delivered by the feet of the masseur by holding himself in a rope tied in the roof of the treatment room. The therapy is also given by the hand of the physician, which depend on the condition of the diseased. During the course of kalari massage the patient is instructed to follow various food regimes and habits in daily life. As a usual procedure the therapy is continued for seven days , fourteen days or twenty-one days by considering the conditions.

The celestial form of healing practice is a godly given system to the mankind, is itself enough to cure the diseases and make the harmony in the body and mind. 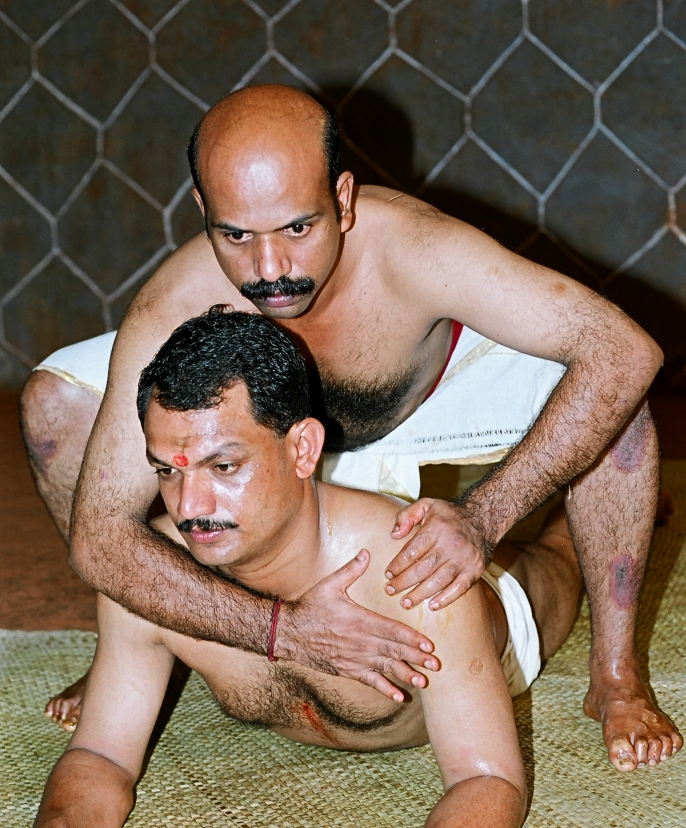 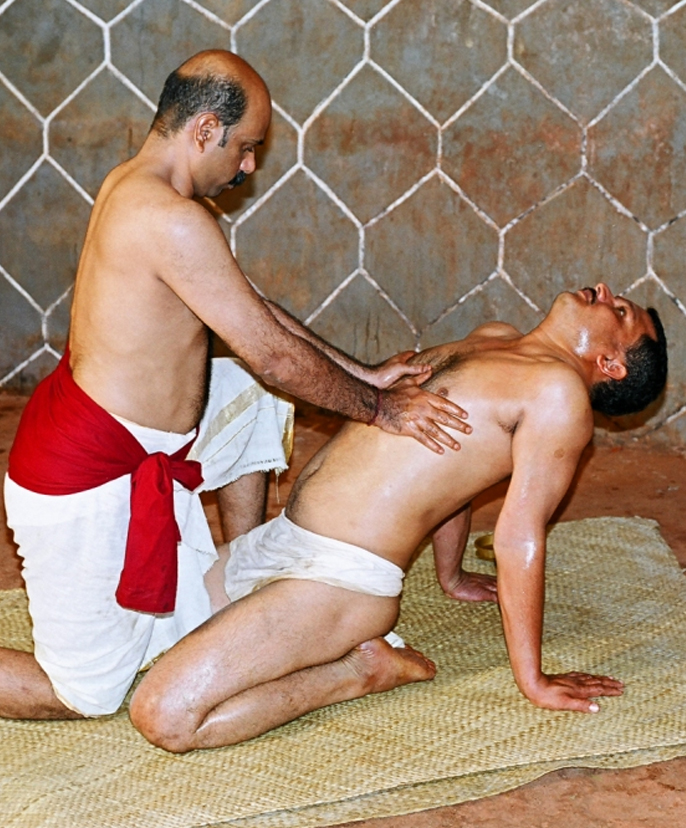 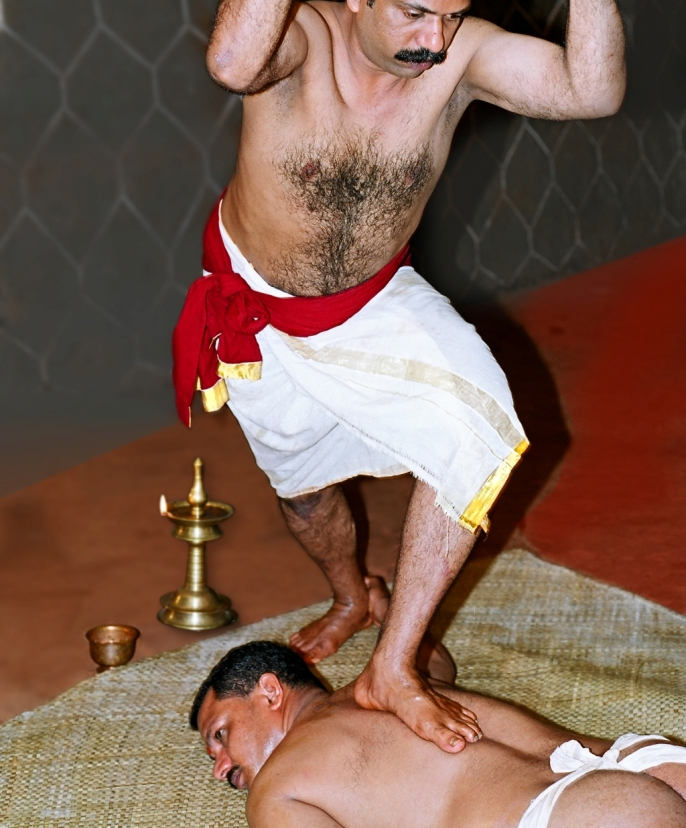 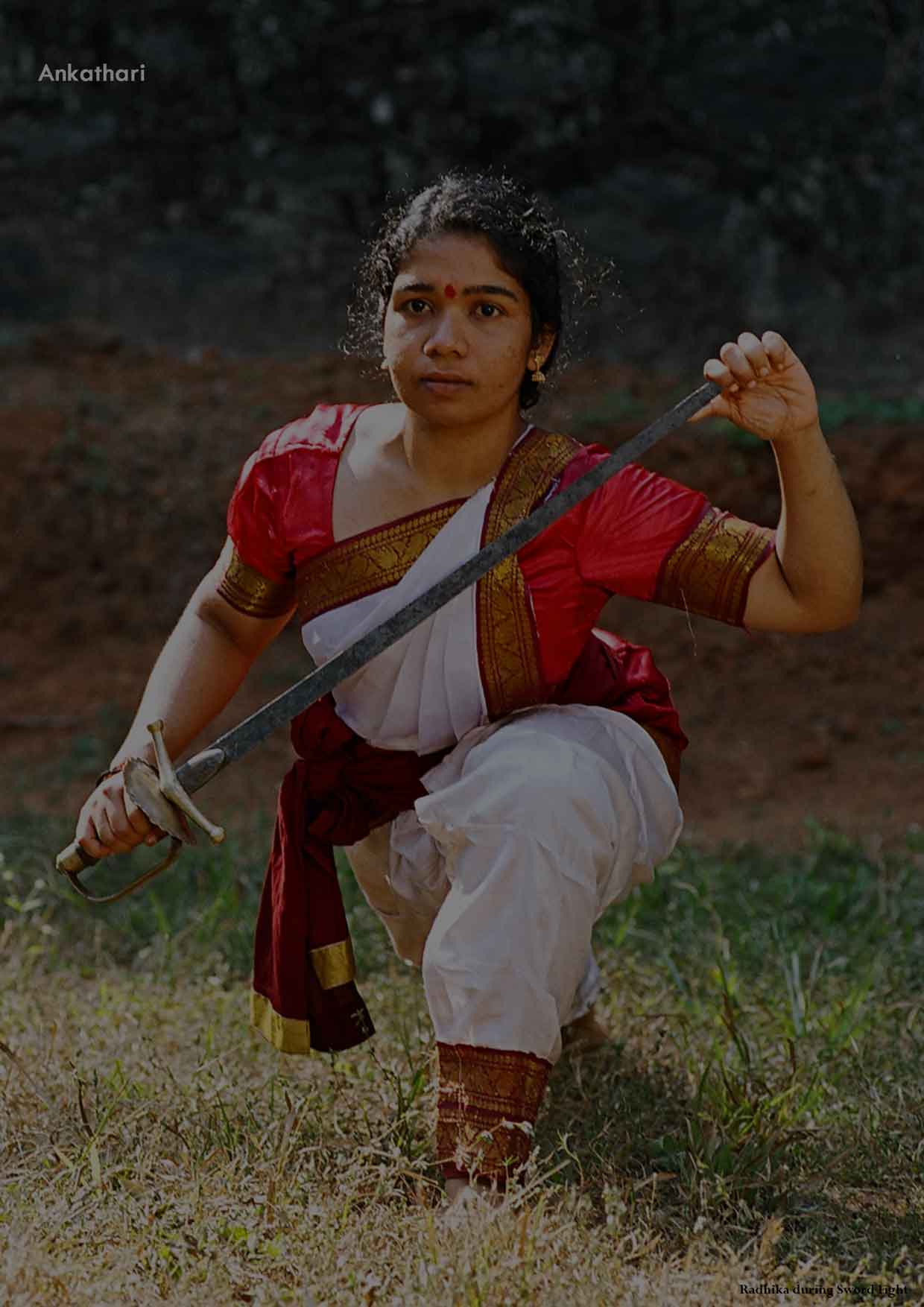 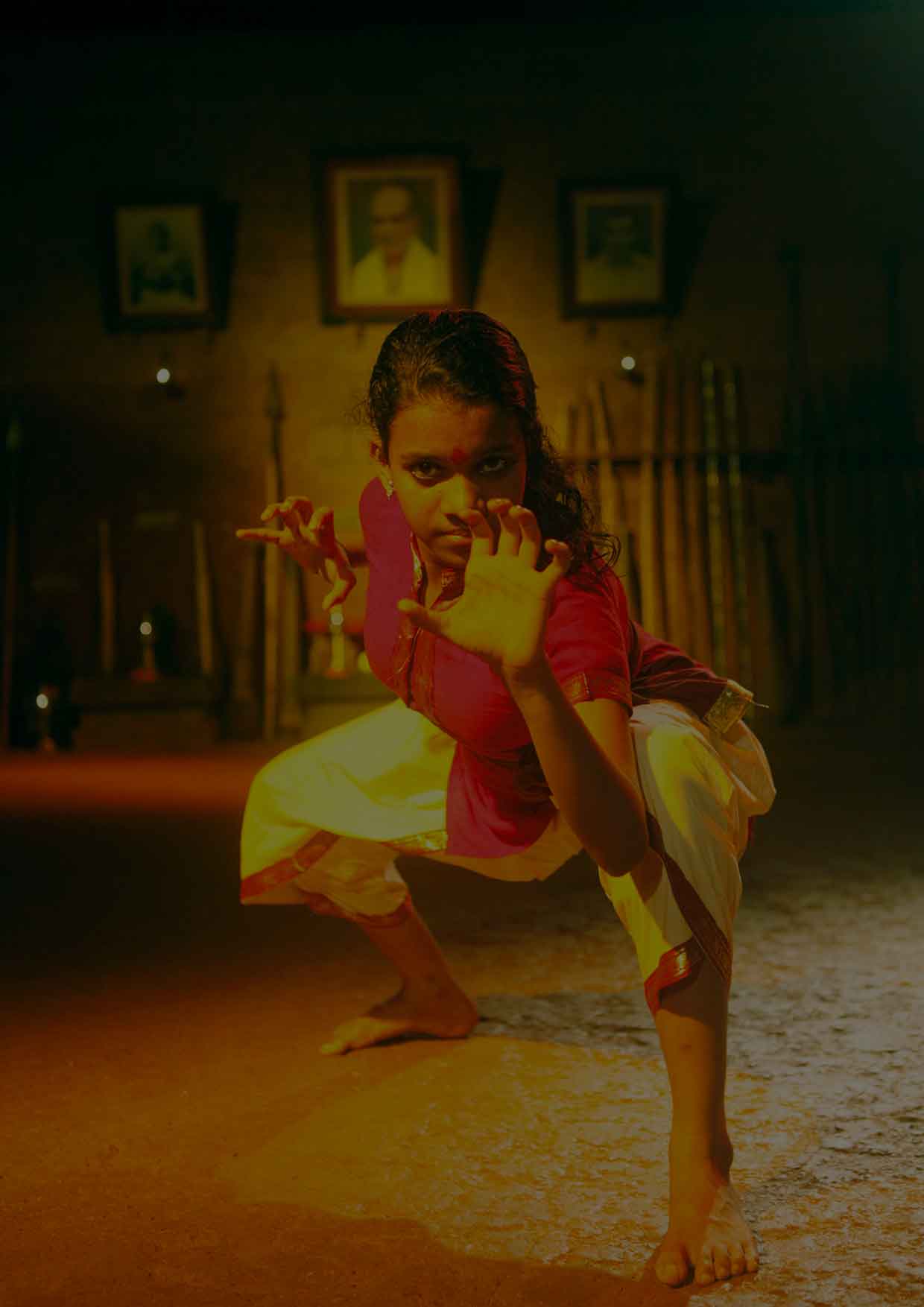 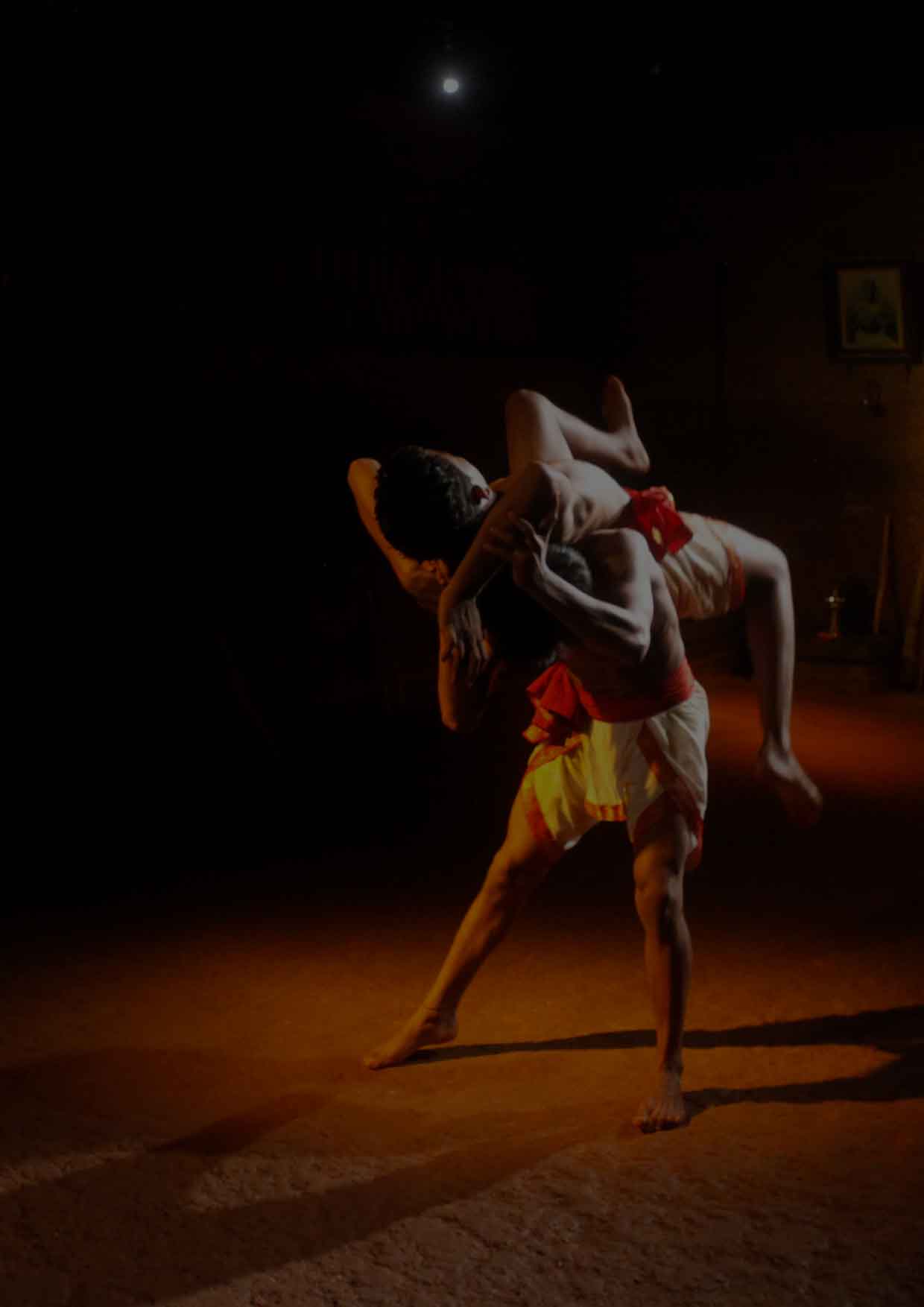 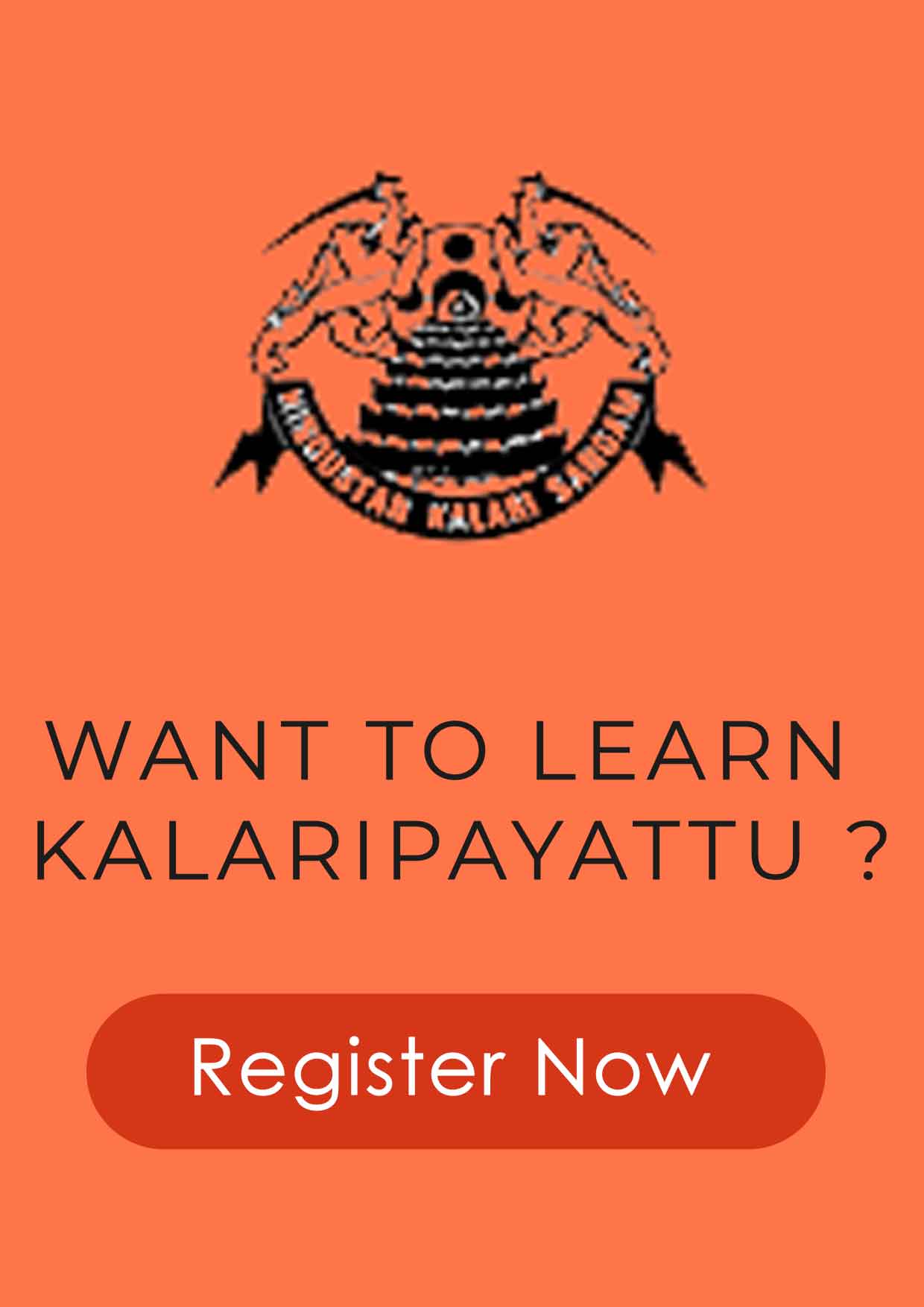